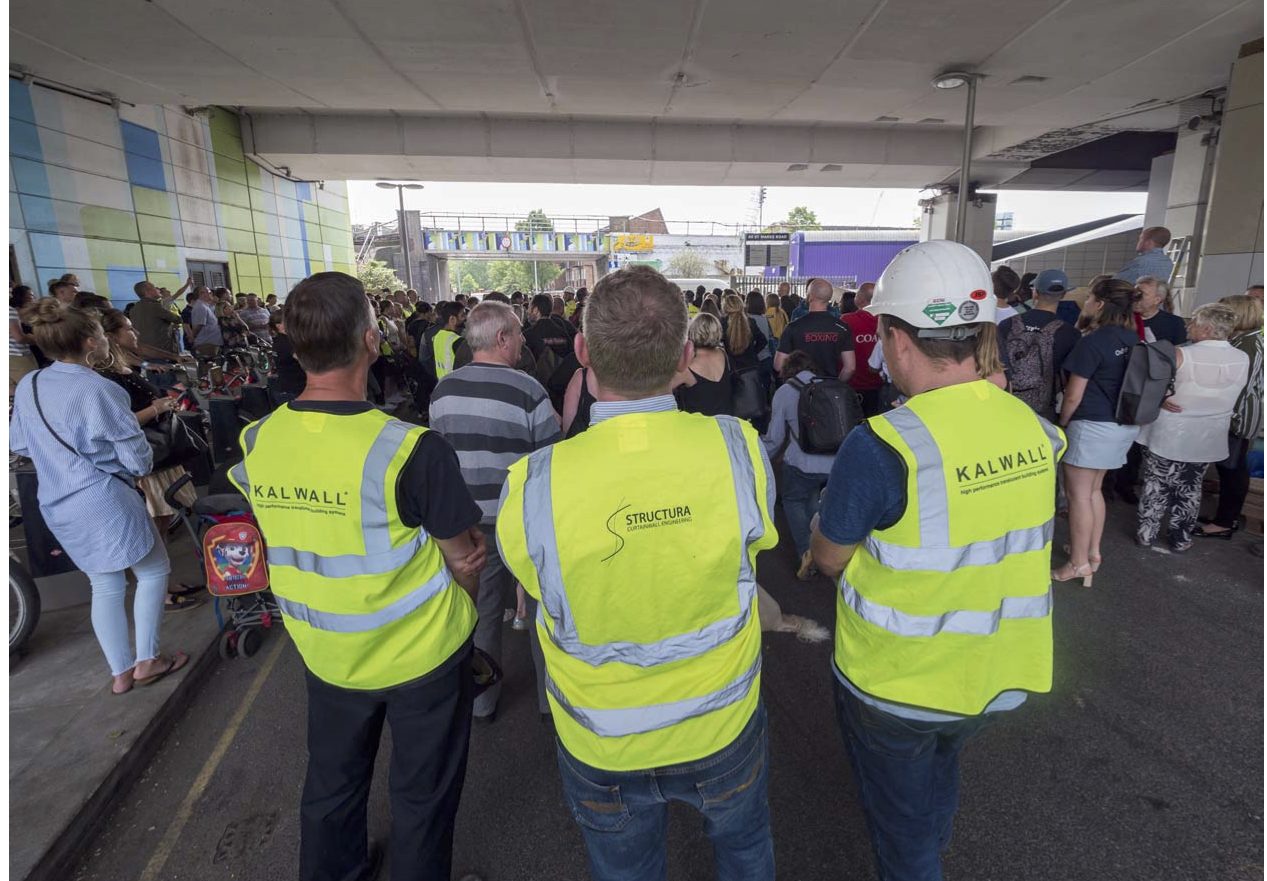 As part of the BBC DIY SOS project to support the Grenfell community, Structura UK is proud to announce it has helped to realise the ambitious scheme to build a new Community Centre and a replacement of the Dale Youth Amateur Boxing Club, which is located in Bay 20 of the Westway. Both projects are designed to support the survivors of the Grenfell disaster.

The build was filmed in May and the programme will be broadcast later this year.

Over 200 square metres of Kalwall® translucent cladding has been donated for the whole elevation of the new Boxing Club. It is the first to use the newly adapted THERM+ ‘stick built’ curtain walling system from RAICO which has the ability to conceal the fixings and screws and aluminium framing, creating a smooth and dramatic façade.

The BBC press release about the project said, “The boxing club [has] been constructed free of charge through donations from a huge range of companies and by volunteers carrying out the work on site. These companies and volunteers have become involved to provide the community with space that is accessible and affordable.”

The scheme was also supported by Structura partners Fabrication Facilities, which supplied specialist fixing brackets, and On Site Recruitment, which supplied the glazing fixers.

We use cookies to ensure that we give you the best experience on our website and so that we can analyse and improve the service we provide.
Accept All Decline & LeaveCookie Policy
Manage consent